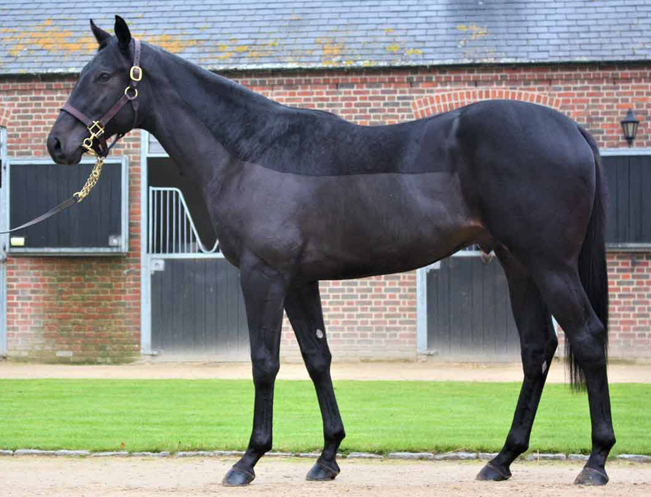 By: No Nay Never

SIR EDWARD ELGAR showed promise in two starts for us finishing 3rd in two hot looking maiden races at Kempton and Newcastle, running on strongly both times. Being a big horse, we have given him a little break to allow him to fill his frame which appears to have worked. He has been given a handicap rating of 76 which we hope is workable.

‘He is a big, imposing colt by a top stallion in NO NAY NEVER. I hope he makes his debut during the mid part of the summer. I know the team at Chelsea Thoroughbreds well, they do a great job and I’m sure we’ll have a lot of fun together. This is a grand colt who I’m looking forward to training.’
John Gosden, Trainer

‘I loved this big, strong, powerful colt by outstanding sire NO NAY NEVER I know the sire well having bought TEN SOVEREIGNS as a yearling. The mare has had 6 winners from 6 runners and was a 2 year old winner herself. He’s a very level type and shouldn’t grow too much and therefore I’d expect him to be a forward 2 year old. I think he was extremely good value given the success of the sire.’
Charlie Gordon-Watson, Bloodstock Agent

Please get in touch if you’re interested in buying shares in one of our horses. Send us your destials and we will be in-touch with you soon.

A very imposing, big horse that had some smart form in National Hunt Flat Races…